5 New Studies For Endurance Athletes To Check Out

When I was in grad school I was at the peak of my triathlon-obsessed days, and it always saddened me that I had to dig so deep for peer-reviewed research specific to triathlon, ultra, and other endurance sports. It was there, but sparse and nowhere near as relevant as research surrounding traditional sports—football, baseball, etc, and strength training.

Fast forward to now, and it’s refreshing to see multiple studies coming out on triathlon, ultra and other “more obscure” endurance sports topics. In particular, The Journal of Strength and Conditioning Research by the NSCA is rocking it. A couple weeks ago I woke up to the latest issue with a few new studies that were directly relevant and significant to endurance sport, and a few more than have their place for triathletes and runners.

We discussed three of the studies in the new ATC 202 podcast, if you want the verbal commentary featuring Lucho and yours truly, and below are my notes that recap the main points for ya’ll to get the bottom line and the takeaways, as well as notes on a couple other studies I enjoyed:

1. CHANGES IN CONTRIBUTIONS OF SWIM, CYCLE, AND RUN PERFORMANCES ON OVERALL TRIATHLON PERFORMANCE OVER A 26-YEAR PERIOD

2. SIMILARITIES AND DIFFERENCES IN PACING PATTERNS IN A 161 AND 101 KM ULTRA-DISTANCE ROAD RACE

“Athletes inexperienced with unshod running may perceive exposure of the bare foot to environmental conditions as high-risk. This perception does not have scientific support. Several unshod running studies have reported that the bare foot allows for greater proprioception that is associated with a reduction in running-related injuries (31-33). For example, increased barefoot weight-bearing activities such as indoor and outdoor walking and running leads to medial longitudinal arch shortening, which is a beneficial adaptation that increases the natural shock absorbing capacity of the foot (33). When in shoes, however, a false ‘sense of security’ is created due to deceptive advertising which results in unfavorable landing strategies that increase ground reaction forces (30).”

“The Voice” of EP 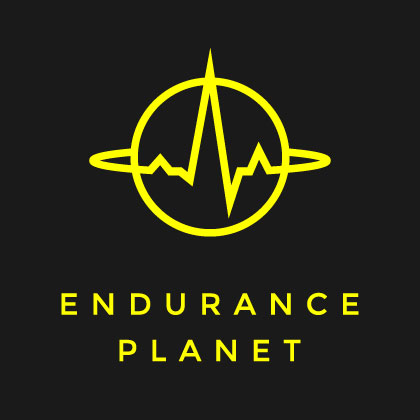 Listen to the Podcast

Click here for free advice on training, nutrition/diet, health, fitness, endurance and more from Coach Tawnee. Also get her latest photos on Instagram, news and more!

Your donation helps Tawnee make it all happen - the podcast, newsletters, free tips & advice, and more. Every little bit counts! Thank you.